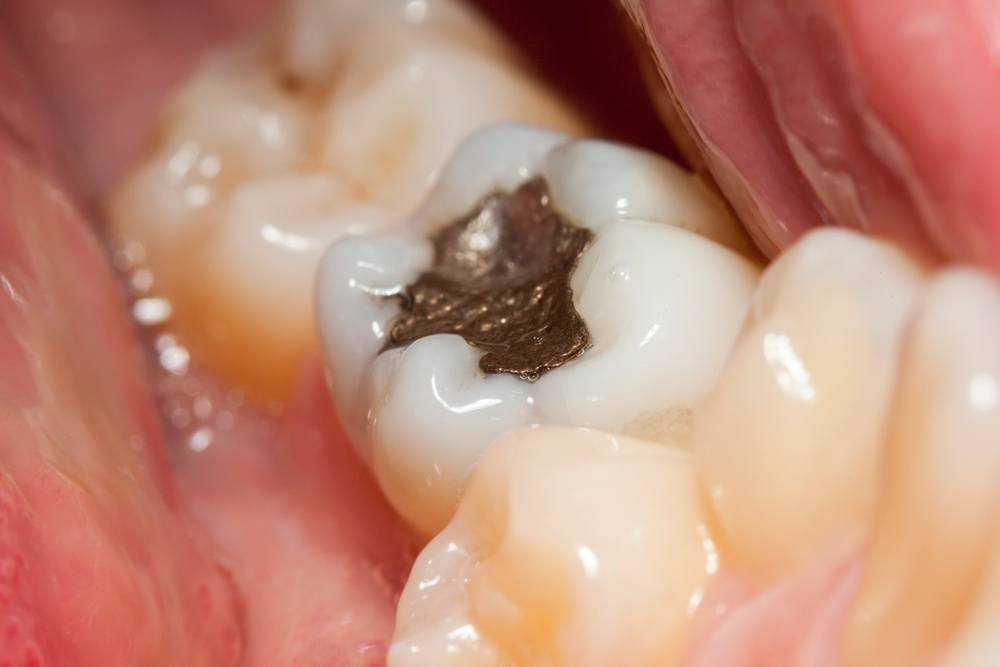 Fillings are the most common type of restorative dental treatment used for repairing tooth damage caused by either injury or to repair cavity as a result of decay.

Silver fillings, also known as Amalgam fillings, are the traditional method of repairing tooth damage. Even though there are rare instances in which this may be used, generally white fillings will be used to restore your teeth.

Even though amalgam itself is durable, over time it can cause cracks and fractures in the tooth around it. When one of our dentists checks your teeth and old fillings we often identify any cracks or weaknesses in your teeth with amalgam fillings. If any of them are at risk of fracturing your tooth, we will discuss this with you and give you options as to what can be done to prevent this from happening.

Why does amalgam stress your tooth? A few reasons. Firstly, amalgam doesn't bond to the tooth. Therefore, to make it stay in we actually have to cut mechanical retention into your tooth which is more destructive to your tooth structure. The tooth preparation has angles which puts stress at certain points of the tooth rather than distributing the force. Lastly, amalgam expands and shrinks in heat and cold differently to your tooth, which over time, can create cracks in the tooth. Kind of like a glass bottle filled with water in the freezer (but not quite that extreme).

When might we replace an old amalgam filling with a white filling?

Note: we do not generally remove a filling only because it is an amalgam filling. Amalgam fillings have their strengths, for example, studies have shown that amalgam fillings are very strong and more resistant to decay than white fillings. However, if this is your preference and would like your amalgam fillings removed, please come in for a consultation so we can give you more personalised advice.

What is in amalgam and is it bad for me?

The word "amalgam" means a mix, or blend of things. Dental amalgam is a mixture of many metals. The major metals are silver, copper, mercury and tin. Most people are concerned about the mercury content. However, during the setting, the mercury actually gets attached to the other metals and thus becomes inert. There have been many studies done which show the exposure is extremely minimal and even with every tooth filled with amalgam, the mercury released is well below toxic.

The times when mercury exposure is highest is actually during placement of the filling, and during removal (due to the heat generated by the drill). Thus, we don't generally recommend filling removal simply because it is a silver filling. If you are concerned, please mention this and we will explain what measures we can take to reduce this, such as using a rubber dam, maximising water to cool the drill, and using the high speed evacuator.