1. What is periodontal disease and what are the symptoms

Periodontitis is a disease that attacks the tissue that support your teeth. This includes your gums, your bone and the connective tissue that hold your teeth in place.

As you lose the connective tissue and bone, your gums may shrink down because they now don’t have something to support them. This is known as recession. Your teeth start to look longer.

Your gums themselves are often inflamed, known as gum disease or gingivitis. They are more red and swollen, and may bleed when you brush or floss.

Because there is a lot of really bad bacteria thriving under the gums where the toothbrush can’t access, people with periodontal disease often struggle with bad breath.

Eventually when there has been so much destruction, your teeth don’t have enough bone to hold them securely and they start to become loose. This can become so severe that you can lose otherwise perfectly healthy teeth.

Like many diseases including dental decay, periodontal disease is caused by bacteria. It is an infection of the tissues surrounding your teeth. There are some very destructive bacteria that thrive underneath your gums, and they release toxins into your tissues which causes your body to launch an attack on them. As your body creates inflammation to try and fight these bacteria, unfortunately the casualty is the bone and tissue that holds your tooth in place. It gets dissolved away. 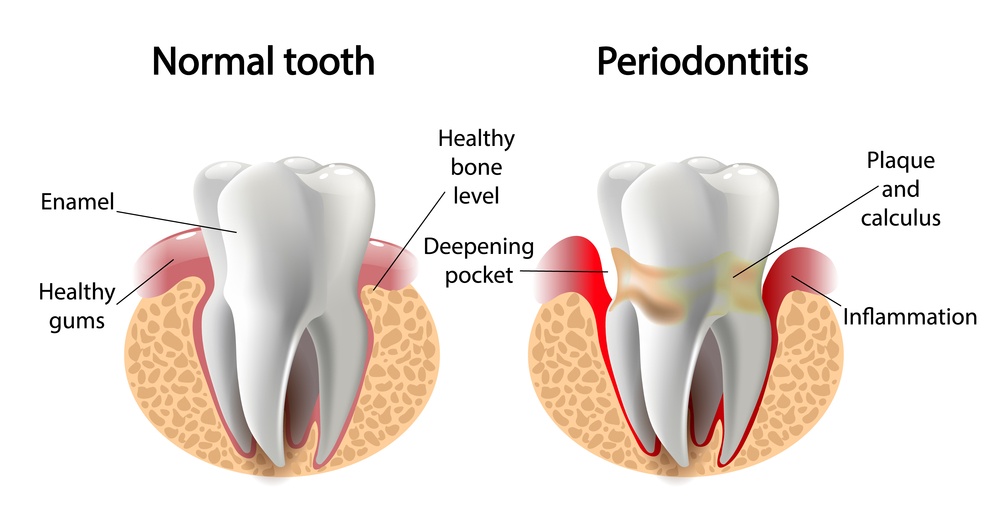 3. It’s not causing me any pain though. What happens if I just leave it?

Periodontal disease often goes unnoticed because it commonly doesn’t produce pain or obvious symptoms until the disease is very severe. Unfortunately though, it is a constant source of infection for your whole body.

Your mouth has a lot of blood supply, which means a lot of those bacterial toxins being released goes into your bloodstream. Its shown that this causes a lot of stress for your body. Although the wall of gum tissue surrounding your teeth may seem small, if you lay it out, the infected area of someone moderate levels of disease is equal to the size of your palm.

That’s almost 1% of your total body surface area. If we had something of that size covered by active bacterial infection that was dissolving your bone anywhere else on your body, we wouldn’t be so dismissive.

Over the last 15 years there has been ever increasing evidence that connects oral disease to systemic disease.

First, the type of bacteria causing periodontal disease have been found in the lungs. Meaning you are breathing in that bacterial infection.

They have also been found in the blockages that have caused strokes and in the fluid that surrounds the baby in the womb. Periodontal disease is associated with increased risk of heart disease, premature birth, diabetes, stroke and other diseases. These links are not minor, but they are vastly being ignored or underacknowledged.

First, it is important to get the right diagnosis. Your dentist should be able to do a full charting for you so you can understand

Because the disease is caused by your body’s response to bacteria, the treatment is to remove this bacteria and reset the environment to give your body a chance to heal. There are several terms dentists use to describe this treatment: periodontal therapy, scale and clean, root debridement.

Depending on the severity, this is most likely done with the gums numb. After 3 months, your dentist will review the response to treatment and put you on a supportive periodontal therapy program. As periodontal disease is a chronic disease with no cure, it is important that you continue to regularly attend your appointments to keep this disease stabilised. 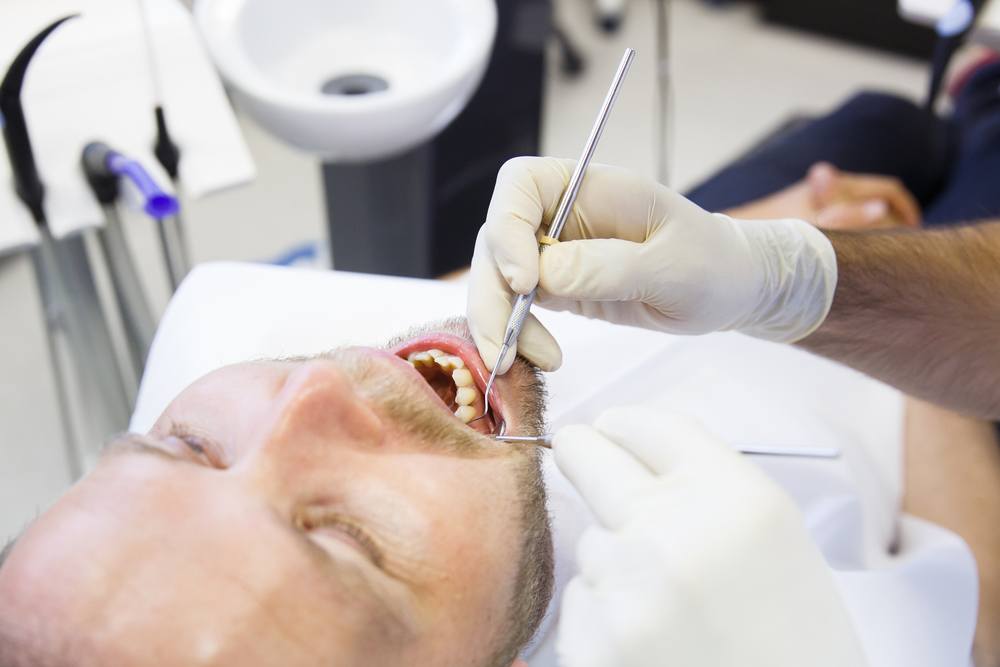